I didn’t get to play a new song this week. Some relaxing of restrictions coincided with a new part for my camera. So first a trip into the garden. For a video of some spring garden highlights look here.

I’m sure many gardeners will just think of this as a weed. Not only do I think it is beautiful. I think it can be useful in the garden. In the spring it grows pretty quick and covers a fair bit with a single plant. When you want it out, grab the clump and pull. All gone when the thin stem snaps and the soil doesn’t even get disturbed.

The first sighting for me and in the garden. When mature the orange/yellow will go red. Like many insects they are not only fun to see but our friends. They eat smaller flying insects.

Food plant of the beautiful Scarlet Tiger Moth. A day flying species that really catches the eye as it flashes scarlet as it flaps. As a member of the Borage family it has a whole through the middle of the flower.

Mostly preying on worms their name is the only scary thing about them.

Probably the most endearing creature of the day. Because it is so covered in pollen the bee could not be given a full name. The hawkweed, considered a weed is like a bunch of Dandelions 50cm high. Check out this video for a better look.

I know done to death but as I say a new toy to try out some macro shots.

Ok so this I would not expect you to have in the garden. Bees do love it and it has a surprise. The flowers are as small and overlooked. The seeds however are bone china white and hard. They cling to the dried stems though the winter like pearls.

Highlights from a local nature reserve and a disused railway embankment. 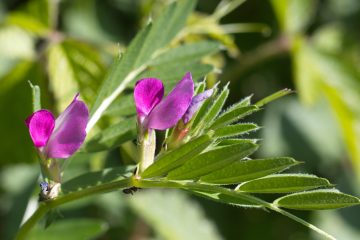 Finally a trip beyond the house horizon is allowed and it felt so good. Just look to see some of the things there to delight in the hedgerow. Click to enlarge. Braken Such a pest Read more… 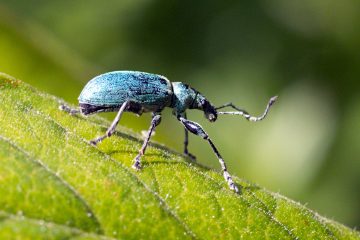 Spring on the Canal

So after being shut in for so long and the travel distance relaxed I took to visiting the local canal for a wildlife fix. Who’d have thought a Stinging Nettle would have such beauty? And Read more…